I don’t really like bloated IDEs like Netbeans and Eclipse: Too much functionality, so you might get confused and frustrated. I rather use my one and only friend called vim: C, C++, Python, Assembler … and now Java! What? Yes, it can be a pleasure to code Java in vim. Thanks to eclim your vim gets Eclipse functionality without starting/using Eclipse. In my opinion vim ist the best editor I’ve ever seen. But vim lacks native Java support and some other freatures (great tools for developer productivity) you’ll get in Eclipse. And that is where eclim comes into play.

“Instead of trying to write an IDE in Vim or a Vim editor in Eclipse, eclim provides an Eclipse plug-in that exposes Eclipse features through a server interface, and a set of Vim plug-ins that
communicate with Eclipse over that interface.” (Source: http://eclim.org)

So give it a try and enjoy coding. 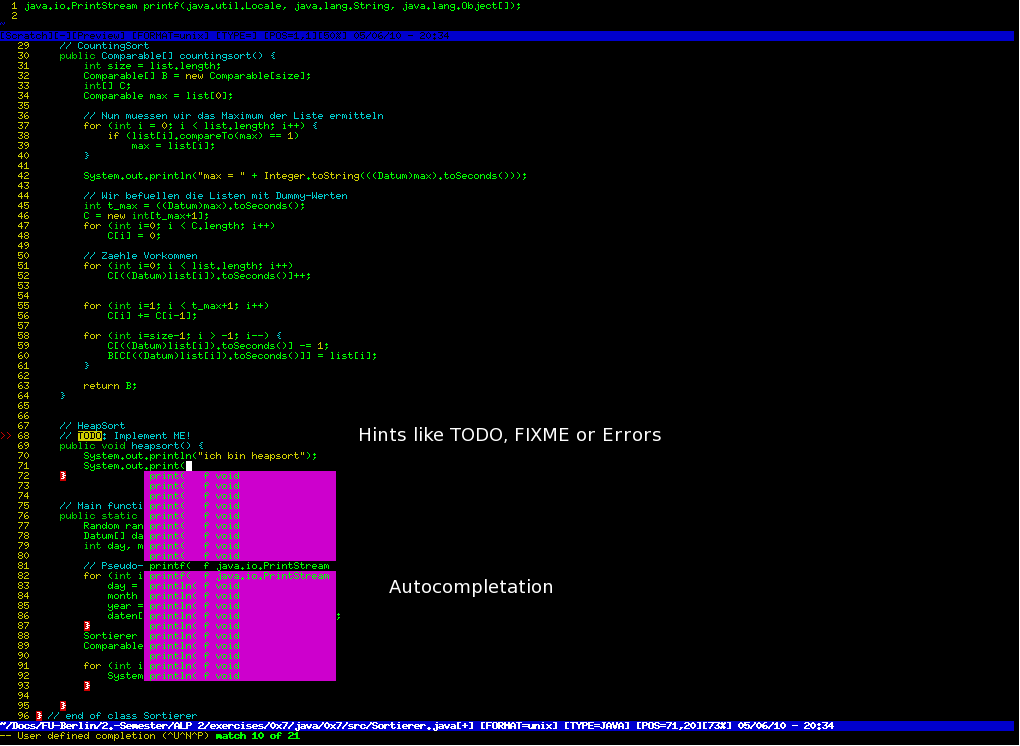